Nightblade: The story so far.…

The nucleus of Nightblade was formed in 2010, consisting of Mark Crosby, Dave Parish and Bill Fitzsimmons, with Richard Jones completing the line-up on drums.

The debut album Servant To Your Lair was released in 2011 and Nightblade’s first tour soon followed. With the help of a critically positive article in the ubiquitous and highly regarded Metal Hammer magazine, the album attracted a lot of interest.

Whilst 2011-12 was mainly spent touring the UK, the band began work on their follow-up album Closer To The Threshold.

This much-anticipated album was released in 2013, Richard Jones departed and was replaced by Rich Lawley on drums.

The album was very well received both in the UK and internationally, scoring an average of 8 or 9 out of ten in review articles. Powerplay magazine described the album as “excellent” and were “only just short of awarding it the full set of stars.”

It got the same reaction and score in Japan’s largest rock magazine Burn.

The album led to an extensive tour, including gigs at the legendary 100 Club in Camden, and at the O2 where coincidentally the Black Sabbath reunion gig was taking place right next door. Nightblade were delighted to be able to hear the Sabbath soundcheck whilst in the process of carrying out their own.

The Crisis Has No Prejudice ep is launched. It proved to be very popular, getting lots of airplay, and with the title track receiving great recognition and reviews, it again received high scores of 8 and 9 out of ten.

Numerous high-profile gigs followed which saw Nightblade taking to the stage with highly regarded international acts such as Snakecharmer, Wolfsbane and Diamond Head.

With a reputation for consistently producing a solid blend of exciting and attacking rock music, Nightblade continue to attract fans worldwide, particularly in Germany, Japan, Scandinavia and Europe in general.

Hiatus. All great bands have one!

Nightblade reform with a settled, and indeed formidable line up of Mark Crosby on vocals, Sam Morse on Guitars, Tim Cutcliffe on Bass with Rich Lawley on Drums and Keyboards.

Nightblade’s combined creativity is a force to be reckoned with, producing fresh, innovative, inspiring and poignant material at a startling pace.

The album Ignorance Is Bliss is released, heralding a venture towards a more alternative rock sound, and with remarkable results, delivering powerful melodies, anthemic choruses and instantly infectious hooks.

Brimming with enthusiasm for this new direction, a refreshed are Nightblade are ‘going for the jugular’.

Despite lockdown, Ignorance Is Bliss gets a great reception, including favourable reviews by Diane D at MMH Radioand Santiago Puyol of Metal Temple.

Five singles with accompanying videos are taken from the album:

Only You
Further From The Truth
Steering The Wheel
STOP!
Find The Strength Within.

All singles received lots of great reviews, plus repeated airplay on stations including the BBC and Kerrang Radio.

Frustrated at not being able to gig and fully promote Ignorance Is Bliss, the band turn their energies to writing and recording.

The album Unknown Territories is born.

Following on from Ignorance Is Bliss, this album contains 11 tracks, documenting a journey into mystery, darkness, the fearful unknown– a quest to understand the human mind and its minefield of complexities.

Diverse and with typical disdain of conformity, this album is built with Nightblade’s creativity– confidant in the knowledge that it sounds good, whilst developing and refining what is ‘the Nightblade sound’ in the process.

The 2022 release of “Hope To Be There” sees the completion of an unprecedented Nightblade album trilogy,

The first of their triple-pronged, relentless rock revelation came in 2020 with the release of “Ignorance Is Bliss”, then 2021 brought us “Unknown Territories” and in 2022 “Hope To Be There” arrived.

Even the pandemic-enforced downtime could not stem the tide that is Nightblade’s creative flow, resulting in this album riding on the crest of their creative wave of the last three years.

In defining their sound, the output of this album was fast and furious, resulting in 12 tracks that give it a running time of over an hour.

Nightblade always enjoy creating diverse albums, they thrive on that “keeping everybody guessing” element whilst maintaining their flow.

“We are proud that ‘Hope To Be There’ is the fitting end to the trilogy.” says vocalist Mark Crosby.

The addition of guitarist Chris Seldon reveals a new edge, adding a different dimension to the Nightblade sound.

Nightblade have evolved in to a five-piece force of alternative rock creativity– and they are heading your way! 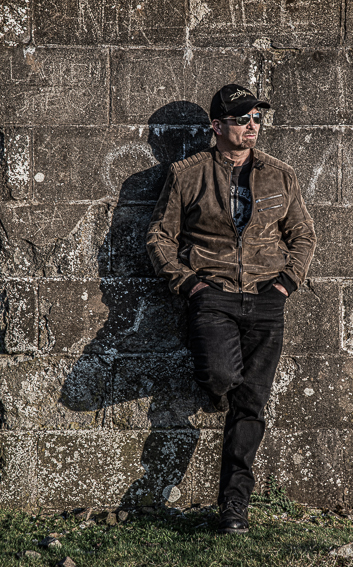 “Like so many people in rock, I started off listening to Status Quo. I went to their alleged last gig “In the Army Now” in 1981– unbelievable!!I then progressed appreciating all traditional rock acts like Purple, Sabbath, Rainbow and Whitesnake et al.

As a young lad I’d wait hours after gigs with all my record sleeves to get autographs from the stars. Over the years my collection has grown and have a great collection from all the rock veterans.

I was an Iron Maiden nut for years and for a while all my pocket money was spent on Maiden memorabilia, picture discs, imports, white labels etc. etc.

I went through the usual ‘difficult’ teenage years. I rebelled, listening to thrash metal, but my appreciation for Metallica never waned.

As broad as the rock spectrum is, my musical influences vary from traditional to the present day. Vocal influences are Eddie Vedder, David Coverdale and Ronnie James Dio.” 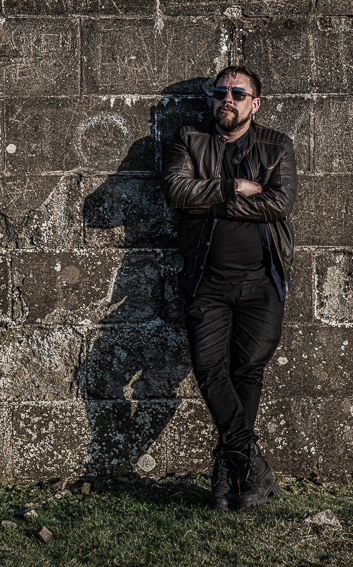 “I’ve played guitar for 14 years, had lessons for a short time before going on to teach myself.

I have dabbled in different projects over the years but Nightblade is the most serious one of them all, notable highlights supporting Snakecharmer and Wolfsbane, my early influences were bands such as Nirvana, Muse, Pearl Jam, Rolling Stones but over the years these have grown to incorporate even more styles and varieties of music though I do have a real soft spot for music with good melodic licks and a strong rhythm.” 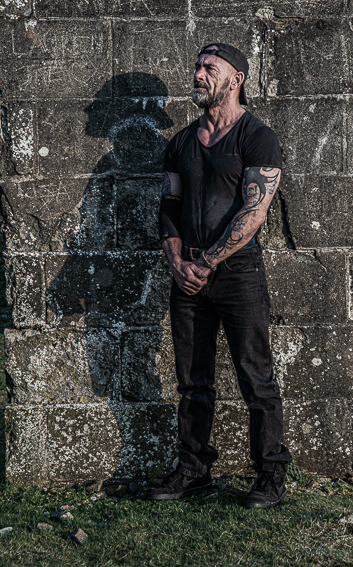 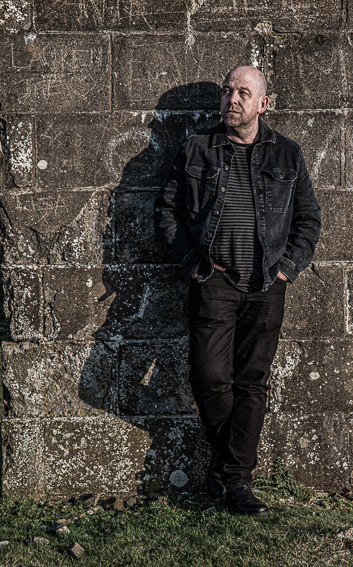 “Myself and Mark go back many years where we met at Stourbridge College, we immediately clicked, having similar tastes in music. We spent less time at college and more time skiving, listening to vinyl and cassettes at my house in Kinver.

I’ve drummed in various rock bands since the age of 14. I was influenced especially in the early days by the likes of Led Zeppelin, Pink Floyd and the Beatles etc

Over the years I have played the Midlands circuit extensively including the legendary JBs in Dudley, The Robin and the 02 in Birmingham.” 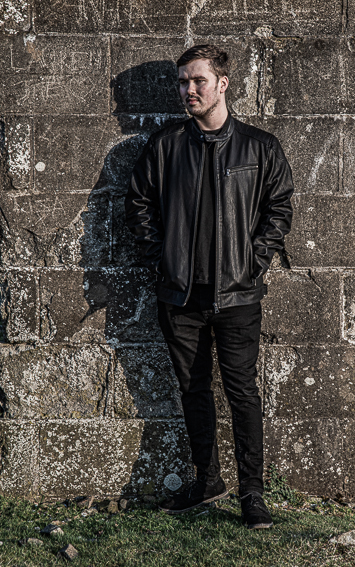 “My first memory of wanting to learn guitar came from when my cousin showed me iron maiden on a holiday in France 2006. 16 years later, my passion and curiosity towards music has lead me to discovering many different genres of music, inspiring me further.

Initially, I started out taking guitar lessons before swapping to bass lessons after a couple of years. And from there, I began my music education at Kidderminster college, where I spent 5 years absorbing all of the information I could, as well as making some valuable connections.
Facebook Twitter Youtube Instagram Soundcloud Itunes Bandcamp Spotify